What is software define networking? VMware NSX for Horizon.

I tried to describe and move away from the marketing information about one of the most interesting concept in networking for 2015. There are many definition for SDN but one of the definition I most like is “the separation between control plane and Data plane and the ability to control your network from a centralize location”. Multiple vendors has their own version of SDN VMware NSX using an overlay network, Cisco ACI using API’s and traditional OpenSDN that uses the OpenFlow protocol.

On the other hand, another concept recently new on the network space is the Network Function Virtualization. NFV we are going to run virtually all the traditional network function such firewall, routing and switching.

Luis ConcistreNotesApril 25, 2022
I’ve been absent from this space, as been working on Azure on a massive public cloud migration. This experience helped me to achieve the Microsoft Azure Solutions Architect Expert. I am glad Microsoft was able to get a solid product …
END_OF_DOCUMENT_TOKEN_TO_BE_REPLACED

Luis ConcistreVMwareAugust 22, 2016
VMware is also playing a big role into the Open Source Community and has launched a new distribution of OpenStack …
END_OF_DOCUMENT_TOKEN_TO_BE_REPLACED

Luis ConcistreVMwareOctober 22, 2016
This presentation shows a quick demo how VMware NSX can integrated with VMware Horizon (Desktop solution) and create a powerful …
END_OF_DOCUMENT_TOKEN_TO_BE_REPLACED

Luis ConcistreVMwareAugust 22, 2014
The following presentation describe how routing and switching on software does minimal impact on hardware. During the test we a …
END_OF_DOCUMENT_TOKEN_TO_BE_REPLACED 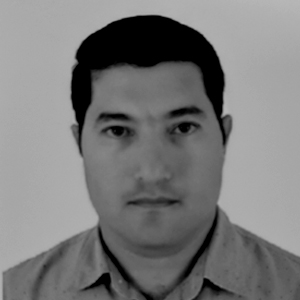 Technology pasionate about IT infrastructure, security and applications. I love networking, kubernetes, opensource software and built my IT career working for Microsoft and VMware.